Thank you to everyone who joined us at the 2017 For the Love of the Game tour to Scotland.  It was an epic 5 days that saw the stars align for an amazing tour!

We’ve created a Dropbox folder for everyone to view and upload photos, you’ll be receiving an email with an invitation to the folder.  You will also be receiving a survey to give feedback on your experience.

See below for the full tour recap!

Day one began with an early departure courtesy of Robin Paterson’s Fore Golf Travel.  We arrived at Muirfield in first-class fashion and were greeted by Muirfield’s Chief Starter, George and his welcoming staff.  We had the first two tee times of the day and wasted no time discovering the legendary course and the tall grass that lines the fairways!  We even enjoyed a little horizontal rain to give us a taste of what real Scottish golf weather is.  The rain cleared but not the wind – which was actually strong enough to blow your ball off the green from a standstill.  18 holes guided by our capable caddies Peter and Ray was followed by lunch in the clubhouse.  The centuries of history were evident and a real treat for us to enjoy.  Ryan Smith also became one of the few non-members to play a solo round with his own ball as he headed out to finish his 36 holes.

We assembled for dinner at the hotel bar and departed shortly thereafter for the Scotch Malt Whisky Society – an amazing historical setting to kick off the festivities.  We enjoyed a full dinner with Whisky pairings for each course!

Day three had a Happy Birthday theme as Dana turned 29 again and spent the day at the Sheraton Spa with a number of the ladies including Kay Johnson, Sara Jane Cockerill, Hilary Joiner, Wanda Dawson and Darlene Savoie.

The golf crew headed out at 5 am in hopes they would be first in line to grab any unallocated tee times for the Old Course.  The strategy was successful and Ryan and Chantal made the first tee times for the second day in a row and headed out at 8:20. Greg Jardine was next and was greeted on the first tee with a shot of Whisky and a “welcome to St. Andrew’s” from the others in his foursome.  Karen and Mike were next, followed by Dave Spence and I as we headed out for his 50th birthday round.  He celebrated middle age with 2 legendary shots.  On #11 into a fierce wind and with the MOAB (mother of all bunker’s), protecting a tight pin placement dropped it 12 inches from the pin and drained the putt for a Birdie.  He couldn’t have played the hole any better.  His parting shot of the day saw him drain a 40-foot monster putt on 18 to the amazement of the late afternoon crowd.  The set-up was perfect, as the shot before his put my approach within 16 inches of the pin in Birdie position.  Spence sunk his putt and I dropped in the Birdie putt.  The brother’s from different mothers (Paul and Phil Beck) along with Mike Wayman enjoyed an extra couple hours of sleep and enjoyed a great round on the New Course.  Overall, a job well done at St. Andrews!

We wanted to make sure we were hydrated after a full day on the course, so we made sure to get through a nice bottle of Glenlivet Founders Reserve on the way back to the hotel.

Dinner was arranged by Craig Joiner at the New Club.  The incredible venue had 23 of us seated at a single banquet table in a grand private dining room overlooking Edinburgh Castle.  We enjoyed some pre and post dinner drinks in the private dining room and finished off the night with a glorious sing-song.​

All roads on the tour lead to game day and the stage had been set for a Grand Finale!  With my pocket full of wagers from the previous night, I felt confident that my bets would pay well.  Richard Cockerill had NZ winning by more than 40, with a number of people following his lead, and I had NZ by less than 40.  Thank you to everyone for the easy layup!!! 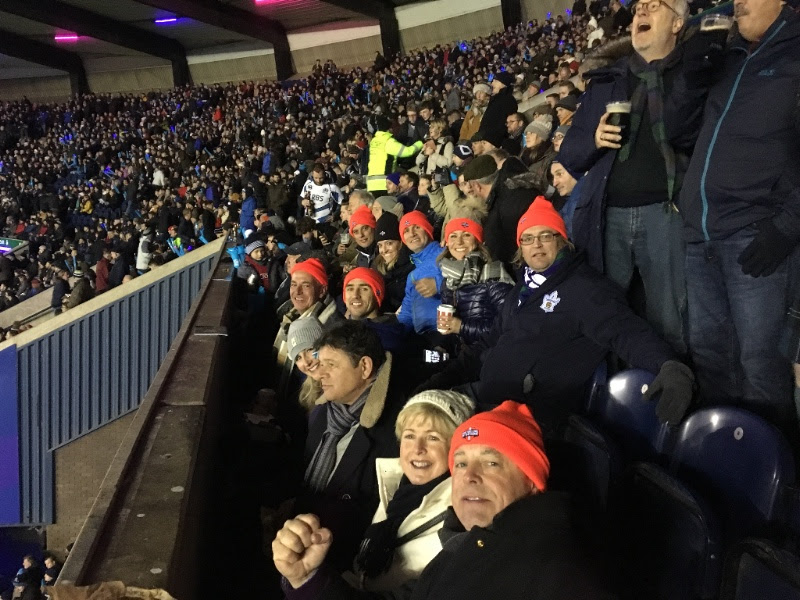 We assembled in the hotel lobby and donned customary For the Love of the Game orange toques for the walk to Murrayfield, the Home of Scottish Rugby.  Craig joiner planned our path to success with our first stop landing us at Le Du Vin on Randolph Place.  After a few bottles of wine and some food, we made our way to the Murrayfield Hotel, along with the other 69,000 people, for our final pre-game libation.  Kick off was at 5:15 and the atmosphere did not disappoint.  Scottish pride was the theme of the day and their defiance of the Haka with the chants of Scotland was a first.  Thank you, again, to Craig Joiner for his assistance in securing fantastic seats for the match.

Some departed, some stayed and some slept.  Paul and Gregg, however, met up with some new friends (Good Rat and Bad Rat) who I am sure will be along on future tours. 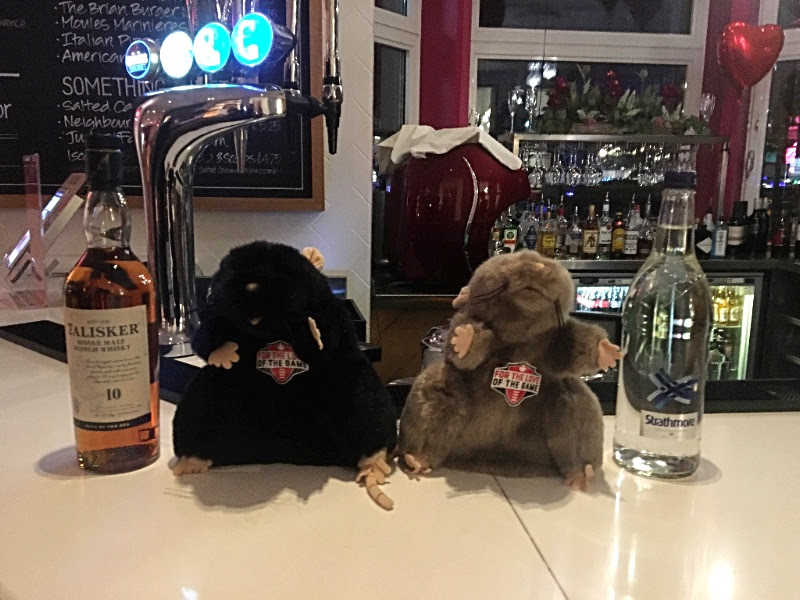 Any discrepancies must be dealt within 30 days of the tour or they stand firm as facts!

For the Love of the Game Ambassadors

I would like to extend a personal thank you to Craig Joiner, who as you now know did so much to help put this tour together.  He did not lead us astray and continued to help us to have an exceptional experience.

I would also like to acknowledge all the ‘ambassadors’ (Martin, Richard, Jamie and Ryan and their amazingly supportive wives) who joined us on this tour.  They are all exceptional athletes, individuals and valued friends who truly played Rugby ‘For the Love of the Game’.  Without their presence, the tours would not be the same.

Finally, I would like to once again thank all of you who joined us on this tour as it is your participation and energy that makes each tour a success.  The mission of For the Love of the Game is to “inspire athletic excellence through experiences for athletes and their passionate supporters”.  We hope this was an exceptional experience for you and look forward to seeing you on a future tour.

May 25th, 2018
For the Love of the Game Gala Dinner at the Calgary Golf and Country Club (200 seats remaining)

Always the invitation and Never the Expectation

Our driving philosophy as we build our community is that there is ‘always the invitation but never the expectation’ to participate.  This applies equally to our tours and our request for support and donations.

If you are not currently a For the Love of the Game First XV or Web Ellis Member and would like to find out more about our membership levels please let me know.

If you know of anyone who would like to join us on the next tour please let them know!

Best Regards, For the Love of the Game,